ANCIENT GREEK NAMES - IDS
SOCRATES
STUDENTS OF SOCRATES
1. ALKIVIADIS
He admired so much his teacher, Socrates, so in Symposium of Platon he  said about him: “As long as you search, you can not find anyone like him. He is so much crude (huge), also his speeches and himself”.
……………………………………………..
2. PLATON
Plato was a Classical Greek philosopher, mathematician, writer of philosophical dialogues, and founder of the Academy in , the first institution of higher learning in the Western world. Along with his mentor, Socrates, and his student, Aristotle, Plato helped to lay the basis of Western philosophy and science.  Plato was originally a student of Socrates, and was as much influenced by his thinking as by his apparently unjust execution. Plato's sophistication as a writer is evident in his Socratic dialogues; thirty-six dialogues and thirteen letters have been ascribed to him. Plato's writings have been published in several fashions; this has led to several conventions regarding the naming and referencing of Plato's texts. Plato's dialogues have been used to teach a range of subjects, including philosophy, logic, rhetoric and mathematics. The main target of Platon was to elect the uniqueness of his teacher, Socrates.
3. ESHINIS
Eshinis did not hesitate to call Socrates "Sophist".
4. KRITON
Kriton was one of the 30 tyrants of Athenian city.  He expressed the aspect that gods are an  invention in order to control and dominate people.
5. THEODOTI
Theodoti was a prostitute woman. Socrates consulted her, hearing other people how to attract customers and how to maintain them.
6. XENOPHON
Xenophon of Athens, was a Greek historian, soldier, mercenary, and a contemporary and admirer of Socrates. He is known for his writings on the history of his own times, the 4th century BC, preserving the sayings of Socrates, and descriptions of life in ancient Greece and the Persian Empire.
INTERLOCUTORS- SOPHISTS OF SOCRATES
1. Protagoras: Protagoras was Greek philosopher, first and most famous of the sophists. He spent most of his life at , where he considerably influenced contemporary thought on moral and political questions. Protagoras claimed to teach men “virtue” in the conduct of their daily lives. He is best known for his dictum, “Man is the measure of all things” (relativism; ethical relativism). Though he adopted conventional moral ideas, his work Concerning the Gods advocated agnosticism regarding religious belief. “For the gods, I cannot know anything: neither that they exist, neither that they do not exist, neither which shape they have”. He was accused of impiety, his books were publicly burned, and he was exiled from 415 .
2. Gorgias: Gorgias was orator from Sicilia who came in to teach the art of oratory. He believes that he teaches the prettiest art, the art of oratory, because oratory gives the possibility to control and dominate the others in the city.
3. Thrasimahos: Thrasimahos was orator from Halkidona of Propontis who came in to teach the art of oratory. He used to say that "right is nothing else despite of the interest of the most powerful ".
4. Antifon: Antifon was the unique Athenian sophist.  He and Ippias believed that the human behavior can not be defined only from the social interdependences. Upper the lows are some ethic rules which suit to the human nature, like friendship, concord, respect the parents. Each person ought to follow these rules, because only these rules are necessary, the laws are arbitrary and conventional.
Αναρτήθηκε από Maria Kalathaki στις 1:08 μ.μ. Δεν υπάρχουν σχόλια:

Αποστολή με μήνυμα ηλεκτρονικού ταχυδρομείου BlogThis!Μοιραστείτε το στο TwitterΜοιραστείτε το στο FacebookΚοινοποίηση στο Pinterest
Protagoras Dialogue with Socrates
http://en.wikipedia.org/wiki/Protagoras_(dialogue)
Protagoras is a dialogue of Plato. The traditional subtitle (which may or may not be Plato's) is "or the Sophists, probative". The main argument is between the elderly Protagoras, a celebrated sophist, and Socrates. The discussion takes place at the home of Callias, who is host to Protagoras while he is in town, and concerns the nature of Sophists, the unity and the ability of teaching virtue. A total of twenty-one people are named as present. 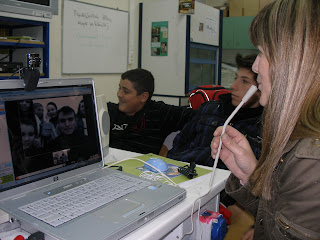 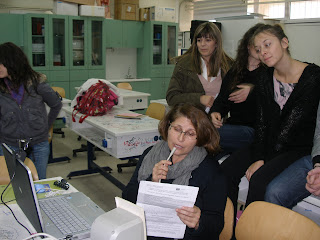 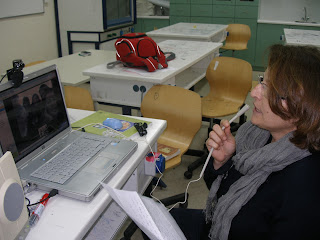 Welcome to our blog!!!

We welcome all of you, Romanian and Greek students and teachers, to the blog of our School Environmental Team. We hope this space to encourage and facilitate our communication and collaboration and bring all of us closer to each other!

The object of our school connection is pedagogical, entitled with "Virtue, can be taught?"
In order to answer this question, we intend to use the aspects and the method of the ancient Greek philosopher Socrates, focusing on the dialogue with Protagoras, written by Platon.

We suggest you, first of all, to supply yourselves and read the Plato's book "Protagoras" in your mother tongue.
1. During your reading, it will be very useful in the future, to make notices aside to the texts.
2. Select the verses 317-328d and 360e-362a and study them in order to feel able to answer philosophic questions of logic, based on them which we are going to send you.